The X10 was pretty much the pick of the enthusiast-level zoom compacts, but its crown is convincingly snatched by the X20 which does everything better… everything.

ujifilm to the rescue again… and, another case of excellent timing. This time last year I was looking for a camera to take on safari in South Africa after judging the TIPA 2012 Awards in Cape Town. I wanted something that was more compact than a full-blown D-SLR, but wouldn’t impose too many compromises, particularly in terms of image quality. The Fujifilm X-S1 fitted the bill perfectly and I liked it so much – plus the results were outstanding – that I bought one. Now I was looking for a street camera.

This time the destination was Hong Kong, the venue for this year’s TIPA Awards judging, and I wanted something that was unobtrusive, but still highly capable and flexible. The good timing was the arrival of both the X100S and X20 for testing the week before my departure.

Obviously, I was very tempted to pack the X100S which has more street cred than just about anything else on the market, but the more I looked at the X20, the more it seemed like the better choice. The styling is still very classical, but it’s more compact than the X100S and, while this isn’t by much, the X20 has a 28-112mm (35mm equivalent zoom) rather than a fixed focal length lens. It has a main mode dial and one for applying exposure compensation plus it has the combination of both a built-in flash and hotshoe. True, the sensor is smaller than the X100S’s ‘APS-C’ device, but as the X-S1 proves, Fujifilm knows a bit about making small imagers that are big on performance.

Thank-you for looking up our  Fujifilm - X20 Review. This equipment review is currently available only as a low-resolution pdf version of the original magazine pages originally printed in the March / April 2013 issue.

Who Sells What: Fujifilm 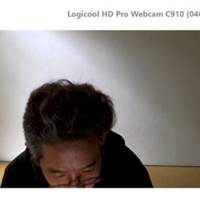 While classic Saboteurs songs may have taken the band and fans back to their 2008 selves, new tracks served as a reminder that these guys aren’t just back for a nostalgia trip, they’re far from finished.